Only Teez » Blog » The Craze Of Polo Shirts For Men: From Golf Course to Streets 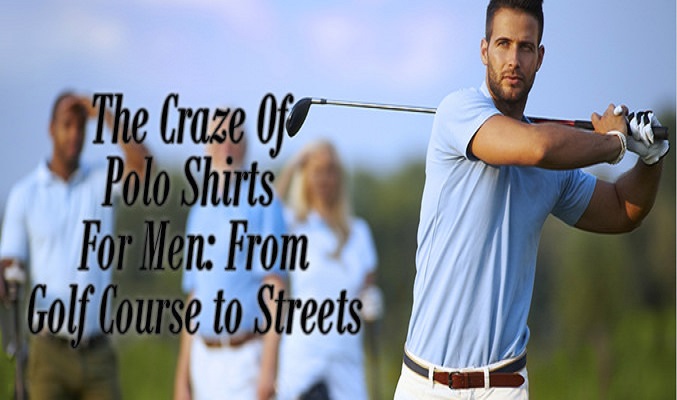 With the “sun’s out gun’s out” season officially here, it is time to emerge out with easy-breezy fashion statements to look cool and effortless, and carry on with the most casual ways of looking put together. Talking about these, how can we leave behind the versatile trait which polos carry? For numerous walks of life, purposes, and occasions, polos can be transformed into a variety of style quotients, to add a touch of class and elegance to a man’s persona. The golf players had once expressed their penchant for these tees, but with time, they became an integral part of the mainstream global fashion scene and from movie stars to college hipsters, preppy boys, and young professionals, everyone started wearing them, reflecting a stubbornness to give up on these.

With the leading wholesale polo shirts manufacturers crafting these fashionable pieces in a number of colors and patterns, the retail stores are sprucing up their stocks owing to the demand they carry amongst the fashion-forward men.

Doing a fine line between casual and sophistication, polos can be worn in a number of ways, and we will get you covered with a few of the looks which can be tried:

Add some class and prep to your attire by wearing a polo teamed with a pair of pressed pants or chinos. With loafers and goggles, and a blazer, you are good to go for a relaxed and casual yet elegant ensemble.

For a fusion of both ages, go for the striped, patterned, or checked polos in soothing and muted colors, Team them with the skinnies, denim, or shorts and wear any footwear except the boots.

Get an adventurous and bold look with vibrant and colorful polos in neons and turquoises, fuchsias and many more with any bottom wear casually.

For a better idea on polos, here are some celeb style inspirations:

In his movie The Wolf of Wall Street, he showed the comeback of polo shirts as he was witnessed wearing them. The best look would definitely be the one where he is wearing a white polo tucked into a pleated trouser for a vintage ensemble.

American rapper Tyga was spotted at a public event wearing a loose-fitted black polo untucked with faded black denim and white sneakers, teamed with a white baseball cap for a funky look!

Singer and rapper Pharrell Williams sported a red polo with white trousers, going for a soothing yet bold style quotient.

Very elegant and chic, Timberlake embraces a standard black polo tucked into black pants and a white belt.  Adding to the finesse of the look is the blue baseball cap!

He popped a bright pink polo tee to befriend a peppy silhouette! The leading polo wholesale t-shirt distributors are supplying bold-colored polos to the retailers for the young men to try out funky styles!

The graceful and smart Prince William was spotted in a light bluish-grey polo tucked into a dark blue trouser with a belt and he donned the look perfectly!

Thus, with a top-notch polo t-shirt supplier enhancing the collections of your favorite retail outlet, you have endless options to go for!